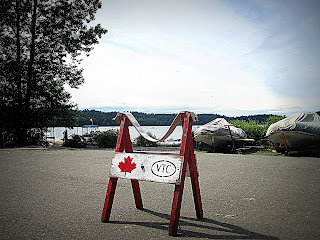 The sun is out and the temperatures have finally climbed to what it seems like "regular" June weather. It comes at a time of great shifts and transitions at the Victoria Training Centre (VTC). The Olympic qualified boats have returned after an eventful trip to World Cup II in Lucerne, Switzerland. They came back with some great results including a new world-record time in the men's 8+! There were also some not so great results which caused some new seat-racing and time-trialing going on for the past week. For me, it is always very exciting but also anxious to watch.    To think that some of these guys (and girls) are racing on team Canada two months out from the Olympics and the position can by swiped out with one bad seat-race.

The dwindling focused World Championship group that I have been part of has been puttering along at the same pace in the same place. All this time training and not racing has been a bit confusing to me. I know that each Saturday morning time-trial is a bit of a race but its just not the same. I want to be amped up and get that pre-race butterflies that I love. I want to line up next to other teams and see what it feels like to race other countries (not just the same guys week after week month after month). I'm ready for some action.
One group that is getting some action this coming week is a hwt group heading to the Royal Henley Regatta. It is a traditional regatta started in 1839 held over five days every summer.   A quad has been selected from Rowing Canada athletes and entered including Matt Buie, Mike Harowicz, Jamie Abbass, and Steve Van Knotsenburg. All are really good guys with some powerful horsepower to put into it. They have been laying down some solid times recently and I'm excited to see their results in England next week. 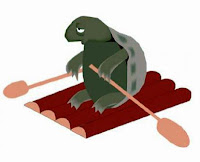 By early July (of this year I hope) I should have a better knowledge what is going to happen for the world championships.  For sure there will be a speedy pair made up of John Sasi and Eric Woelfl.  There has been some discussion of racing the single scull at Worlds or combining together a few different groups for a lwt quad (4x) sculling. I'm undecided at the moment of what would be a better option. I have enjoyed the past week working on things in the 1x.  Truthfully, I will need to gain some significant speed in the next few weeks to make racing the single a possibility. I have, however, felt a bit like a tortoise trying to last the long haul that is training at the VTC.    I think the next few weeks will be a very important time in the cycle of training. There will be some action upcoming in the next fortnight!

Posted by davinge at 1:45 PM No comments: